I actually have a project lined up for it now. So I have jumped in and got the hardware, assembled the board, and sorted the firmware and started playing with tuner studio, and even though I have only just started, I feel I have already learnt a fair bit.
I now need to assemble the VR conditioner and do some initial testing to check everything is working properly.

So the plan is to run the T6 motor with the speeduino, wasted spark, paired injectors. I will dump the twin turbo setup in favor of a single turbo. I would like to mount the speeduino in the bosch motronic ECU housing and wire into the pins, using as much of the existing wiring loom as I can get away with. There are of course many things to consider and a number of hurdles to jump, but hopefully I can get it running and have a bit of fun with it. I plan to document what I do here and hopefully others can throw in their experience.

My first question: Has anyone done this before on this engine or similar? Perhaps there are some good links to other forum entry's, or other peoples projects?

I know the T6 conversion if fairly popular among volvo enthusiasts, So hopefully I can draw from the resources available online to get my project off the ground.

Here is a picture of the Beast!

Should make a decent sleeper I think. No one will suspect that roof rack!

Sorry about the photo bucket watermarks, I will get some better hosting sorted for future snaps. 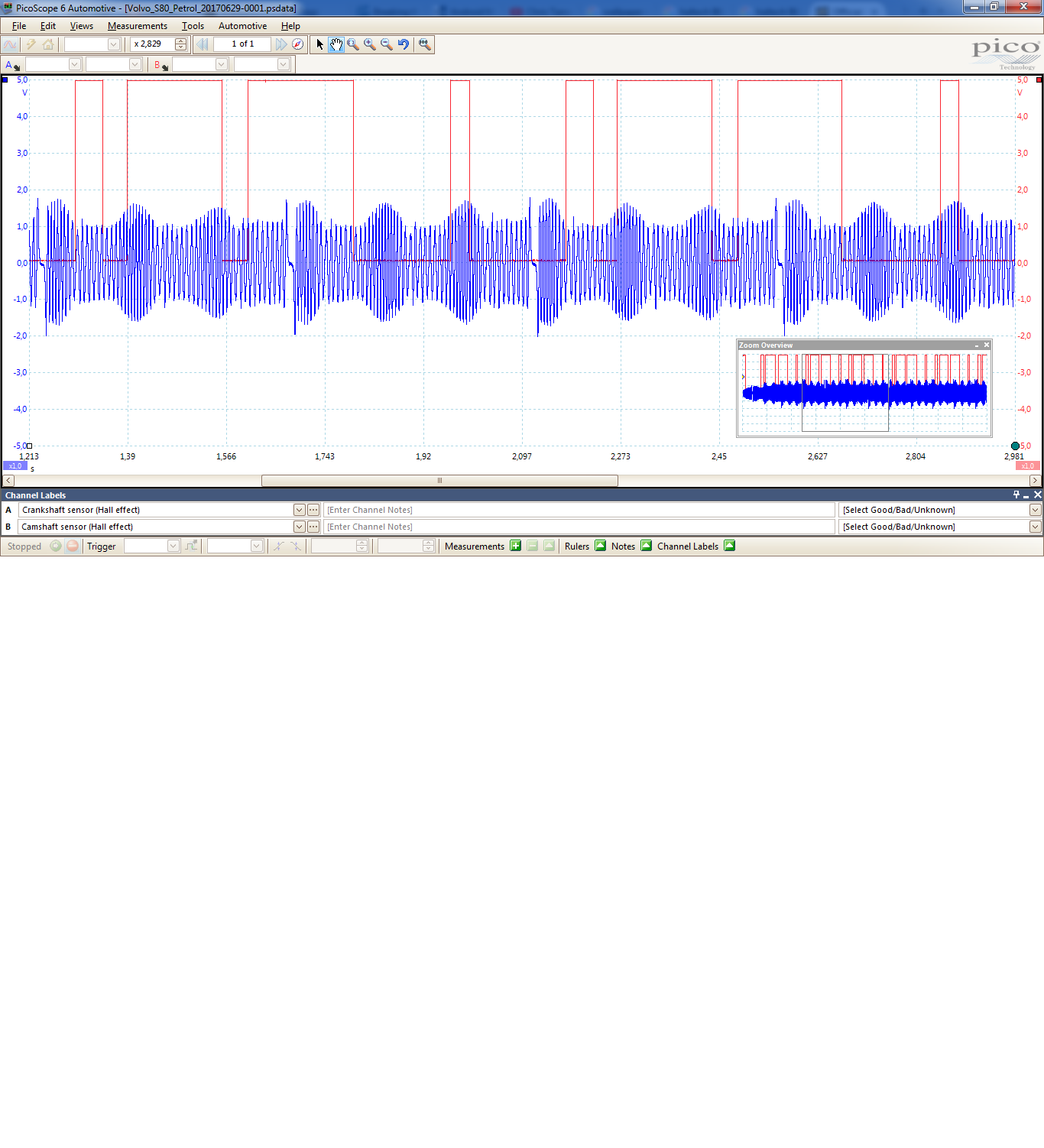 VVT - this is an issue I can see being a bit of a headache. Initially I was going to use the non VVT head of the B6304, but if I can avoid that and instead get the VVT working to some extent on the turbo engine that would be favorable. It is something I will need to look at more closely once I have the engine out, and have gotten more understanding of how speeduino controls VVT and what my engine actually requires.

I think all the modular volvo engines have a 60-2 tooth pattern, I know some of them have teeth, and some have holes/indentations. The flexplates off the B6304 i believe has a ring with a series of holes in it. The Cam sensor off the B6304 head is a half moon type pickup, I suspect this will be the same on the B6284T

Yes I suspect it may not be possible for me to implement VVT. It would be interesting to see if there is a way of developing this for this engine. I think I may well be using the Non VVT head initially. Ultimately I am not looking for the most refined driving experience, so I am not too worried about it if its not currently possible. It seems it is quite possible to chop and change bits from each engine, both of which are in good condition, so I am sure compromises can be made to get the shed going.

This thread has given me a bit of inspiration...

Thanks Eric for pointing me to that one, basical[…]