So, time to test more. I had very little if any differences on the pulls in the picture I posted (I'll add the RPM range next time I post such a pic). And my tune was very conservative, to say the least. The ignition angle especialy, with a VE to match. But in the meantime I gathered more tunes from other people with the same engine, and some show a lot more advance then mine. Others are more like mine, which pretty much means they stuck to the base spark tune and only tuned VE to match. But this engine clearly likes a lot of advance to make power. So, using Excel, I made a mix of various spark tables. Using my own tune around idle and cruise as that is where I tuned a bit myself, and copying more agressive values in the power sections. I did a similar Excel exercise on the VE table, but I multiplied the changed sections by 1.05 to make sure it was a little on the rich side. Last but not least, I did the same thing on the VVT table. My table ony went up to 20 degrees, but I found tables used successfully up to 36 degrees. So I made a smooth mix going up to 30. Yesterday I did a 30 minute drive (after warmup) and made a log, and I used MegalowViewer HD to come up with a better VE table. As expected the parts I copied from my previous tunes needed no adjustment, in the powersections it did find some improvements both enriching and leaning here and there. But only minor changes. So, we're certainly in the ballpark and my but-dyno says I have more power. I hope to get in another log-drive today with more variation; highway, country roads, in town, and some power pulls in differenc gears. That should provide MLV HD with more info to further smooth things out.

In the meantime I asked on Fakebook if I should set my 'squirts per engine cycle' (in the engine constants settings menu) to 1, as I run fully sequential. I can tell you from experience, now, you certainly shouldn't it doubles your 'required fuel' which means you should half your VE table, and that does not make sense. I got some people helping out with the theory behind squirts per cycle, but the final answer came in the form of a quote from the manual, a section I had not committed to memory as I started of not using sequential:


UserManual wrote:Squirts per Engine Cycle: How many squirts will be performed over the duration of the engine
cycle (Eg 720 degrees for a 4 stroke). most engines will not require values greater than
4. For sequential installations, this should be set to 2 with the injector staging set to ‘Alternating’(
Internally Speeduino will adjust the squirts to 1)

So those settings were returned to what they were, I acidentally had them correct before I started messing with them. OK, learned something again.

Next on my list of chores for the car is a new alloy radiator, which will be placed upright and lowered to allow the future intercooling piping to go over the top of it, new more sturdy engine mounts and I need to do the dreaded valve stem seals replacement. All will not impact the Speeduino, although even before the intercooler is mounted, changing the rad position will allow for a cold air intake. I now often have temps of over 40 degrees C intake air, when standing in trafic, as there is no airflow. This I will address soon, when the rad is placed. It will take out the variable of intake temp a bit, as it will be closer to ambient then, so more constant.

On the Speeduino side I am still messing with closed loop idle, I have settings that sometimes work well, but other times spiral out of control. I understand the theory on PID tuning a bit, now, but in practice I have no feeling for it, that's for sure. 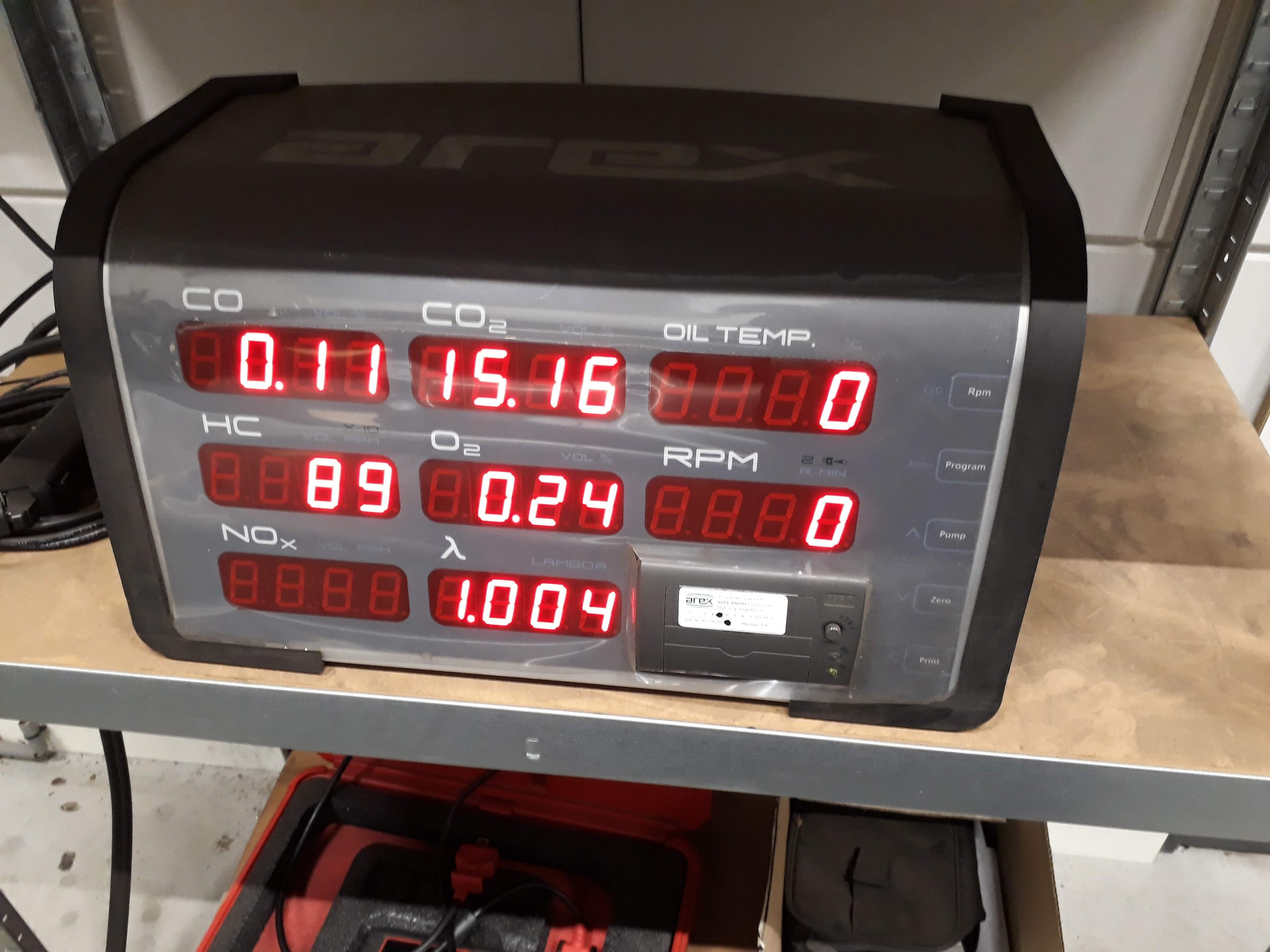 I will return to finetuning closed loop idle, soon, but I was so happy yesterday I decided to order the turbo manifold. As a treat for me. One step closer to the target...

), you may have to tune for open-loop stability just for testing purposes. Save the special de-tuned file for next time. I tend to find a bit rich and retarded from optimum is typically necessary to hit the best relative numbers in a balanced emissions test tune, for the numbers and test methods they require around here. As I'm sure you've found, when one goes down, the others tend to jump up disproportionately.

Once again as above. You need to find and fix you[…]