Yes wiki has the answer fo that. And it looks like I somehow messed up the D1 which is for bluetooth so it needs to flipped to make usb work with bluetooth module plugged in

Are the Temperature Sensor Values are the same as E30 values mentioned in TS?

Swap the wiring to m52 wiring and it will work. You of course need to change to m52/m50 thorttle body and leave out some of the nice stuff that m54 has. And preferably use US model wiring that has rear mounted CPS. Or use the rear CPS conversion kit for m52.

I'm currently designing m52tu/m54 PnP speeduino, but because if E-thorttle and other stuff it will be many months before that is ready. And it will be SMD so not that DIY friendly.

By exvils -  Mon Jul 22, 2019 5:25 pm
-  Mon Jul 22, 2019 5:25 pm #36613
So, on Friday started hillclimb race day, car was on Friday on stock ecu (with MAF/cps/lambda) but did not had power and other racers told my driver that it sounded like it was on 4cyls. On Saturday there was qualification day, at 1st round car drove 4.04min lap with stock ecu, driver than swaped stock ecu for speeduino (disconnected maf/cps/lambdas) and car drove 1st 500meter of race like it was back with full power, then lost power (coils) for rest of track, still went 4 sec faster. . I came to race after this and started investigating what happened. Coils on cylinder 1 and 6 melted, also i think cyl nr.2 (and maybe 5) wasnt working (but coils were allright), so i opened case and found this

Any ideas what happened? Coil dwell was setup at 2.0ms. It was working for past 3 weeks, even broke LSD 2days before race while tunning at local airport. Tho i dont have any logs from race when it broke.

By pazi88 -  Mon Jul 22, 2019 6:57 pm
-  Mon Jul 22, 2019 6:57 pm #36615
Sounds for me like one or two of the stock coils were bad=shorted. They quite often do that when old and crusty. Stock ecu is quite clever guy and has current sensing for that situation. And if needed it cuts out the failed coil(s). The speeduino doesn't have that kind of cleverness and it drives the coils no matter what happens. So in case of shorted coil, it normally leads to total destruction of the coil(s) and driver(s).

I also need to warn you guys here too about not to use fake components from eBay/aliexpress. Those do not work! Especially fake ignition drivers and injector drivers do not work. I have needed to help debug too many non working PCB's because of those. It's just waste of everyones time and money to get fake components. 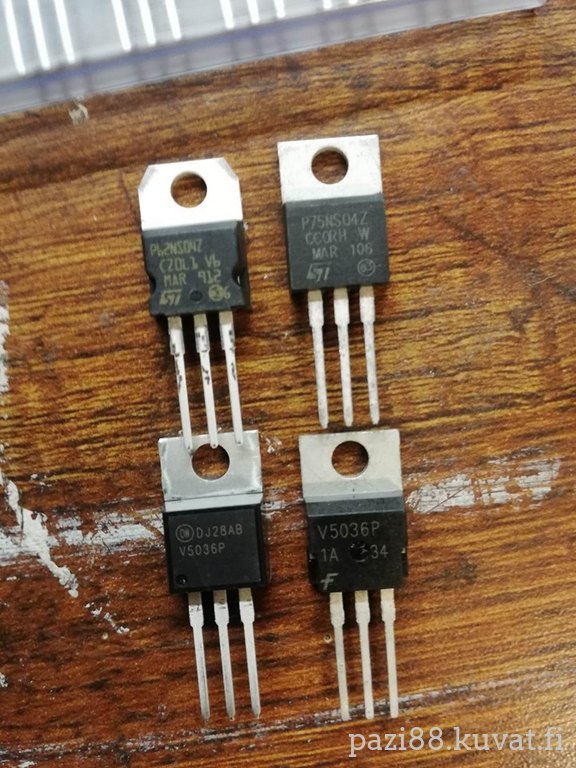 On left are genuine. On right are fake ones.

okay so i did some back tracking and found out tha[…]

If you have primary on the crank, why change it?