I've been a lurker for a little bit, posting here and there but thought i should introduce myself and explain my plan (and log my progress).

I have owned 40-something cars now, in varying degrees of awesome, and varying degrees of modification too. One thing i haven't really played with in the past is tuning ECUs. I have had a couple of cars with Link ECU and Power FC ECUs in them, but they came all setup and and ready to go by the previous owners (and not always with a good tune, even though it was done by a pro "tuner"). I also run a small website which has a full catalog of all my cars and everything i do to them. http://www.tasteslikepetrol.net

A while back i read a post on another forum i'm on about this thing called a Speeduino that they were building. A cheap version of Megasquirt. Upon further investigation i was hooked. An opensource, low cost full ECU? Im in!

I was already interested in the Megasquirt but put off by the cost, it ends up being not much cheaper than a full spec Link/Vipec ECU.

A few days later i purchased a few 0.3 boards, and all the components i need to build a couple of them. I have also purchased a couple of cheap ebay Arduino Megas and a 14point7 Spartan2. Everything is slowly starting to trickle in, and i'm getting ready to start building the Speeduino boards up now.

The catch at the moment, is that i actually dont have a car to put it in! I'm in the market though, so will be picking something up soon. The criteria really was something fun to drive, and somewhat compatible with Speeduino. So far it looks like ill be working with a Rover SD1 Vanden Plas EFI (swoon - Owned on in the past and love them).

So far the Speeduino boards and components have arrived, and my Arduinos arrived yesterday. To my dismay they have the rubbish CH340 chipset (I specifically tried to get ones without that chipset, but the picture on the ebay listing wasnt the board i was sent) so im working around that. Have ordered a couple of the Bluetooth modules to hopefully get around it (at the moment Tunerstudio sees the firmware on the Arduino but keeps reconnecting over and over). This is good as ill be able to use wireless tuning and dashboard too, call it a silver lining of sorts.

So thats where im at. Ill be using this thread to update my progress and ask for help when needed. Hope its of some interest

While CH340 chips were troublesome in the past for some, they seem to be working fine now, and is what I primarily use on my cheapo test boards. The only issue of late for connection to TS is certain TS versions, and it was affecting all types of chips. Use TS 3.0.0 or later, the latest Speeduino code, and be sure to use the Speeduino.ini file in TS that came with the same code, and you should be fine. If not, start a new post about it, or tag onto one of the TS connection posts. 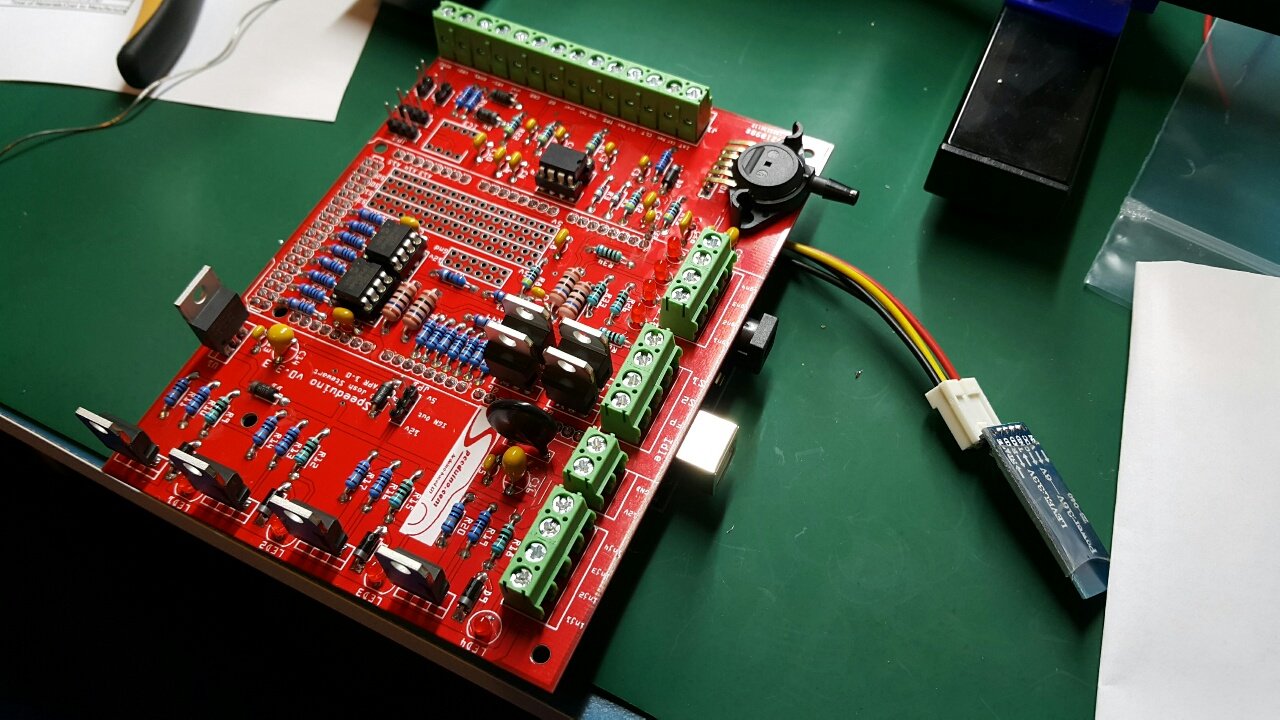 If i can get that car, ill be using a range rover classic ECU as a donor (as the housing and connector are the same as the SD1) to put the Speeduino into, and use the connector to plug/play into standard loom. Initially ill be using fuel only, with the view to add a trigger wheel to the crank later on and use a pair of wasted spark coils.

I want to do some comparison of stock 30yo Lucas ECU vs Speeduino in terms of economy too, so ill be hooking up the wideband and temp rigging the Speeduino in as soon as i get the car, but just for logging. Ill do a couple of hundred KM like that, and then install the speeduino properly and see what happens.
1985 Rover SD1 Vanden Plas EFI - Successfully converted to Speeduino EFI
http://speeduino.com/forum/viewtopic.php?f=19&t=703

The code i added was as per the Ardustim GIT,

I configured the Ardustim to output a 36-1 crank sensor, and configured TS to reflect this. Made it sweep from 1000-6000 RPM.

I did have some issues with grounding; i found that if i didnt ground the speeduino to the Arduino whenever i touched my metal laptops it would ground through me and the sensor readings would trip out. Grounding one of the ground points to the second Arduino cured that.
https://youtu.be/mnr47b80H4w

The only thing i dont quite understand is whether i should be showing injector output? The LEDs for the spark are flashing OK but nothing for injectors?
https://youtu.be/9P81Ouw1FiM
1985 Rover SD1 Vanden Plas EFI - Successfully converted to Speeduino EFI
http://speeduino.com/forum/viewtopic.php?f=19&t=703

I just want to confirm that the NA 6 PNP speeduino[…]

Update! Trans works great. It is nice having overd[…]